The La Liga table saw little movement at the summit after week 23, as the top three squads all won. Real Madrid dispatched a mid-table Osasuna side with relative ease, while Quique Setien's Barcelona struggled against his old club, Real Betis, before pulling through.

Real Madrid was the first of the two La Liga title contenders to play on Sunday against Osasuna in Pamplona, and the home team took the lead thanks to a header by Unai García. Los Blancos did not have the best of starts and missed some easy passes in midfield that led to counter-attacking chances for Osasuna, but a nice strike by Isco followed by a header from Sergio Ramos gave Madrid the lead at halftime.

The second half was dominated by the visitors, who kept possession of the ball to avoid any trouble at the back and patiently looked for the final nail in the coffin. It took until the final 10 minutes for Lucas Vázquez and Luka Jovic to find the back of the net, but the leaders added two more goals and finished with a solid 4-1 victory to put pressure on Barcelona, who kicked off their game against Betis six points behind in the standings.

Barça and Betis proceeded to play a wild 90 minutes of football at the Benito Villamarín Stadium in Seville. There were two red cards, plenty of VAR controversy, five goals, a hat-trick of assists for Lionel Messi, and a lot of really bad defending from both teams that made this a wildly entertaining match. In the end, after going behind twice to Betis, Barça found a way to complete the comeback and win the game with a very nice header by defender Clément Lenglet.

Because of their shocking eliminations in the Copa del Rey last week, both Madrid and Barça will have a full week of rest and training before returning to La Liga action at the weekend, with the two-time defending champions hosting high-flying Getafe at Camp Nou on Saturday while the leaders face Celta Vigo at the Santiago Bernabéu in the final match of Week 24 on Sunday.

Atlético Madrid reversed their recent run of form with a much-needed 1-0 victory over Granada. Diego Simeone's men were winless in La Liga for over a month, and are now fighting for a crucial top-4 Champions League spot. They face fellow UCL knockout round side Valencia—who were trounced 3-0 by Getafe—on Friday before welcoming European champions Liverpool to the Wanda Metropolitano. Other scores from around La Liga can be seen below:

Real Madrid retains the top spot, three points ahead of their Catalan rivals. Getafe has continued their surprise season, and could pull within four points of Barcelona with a win next weekend. 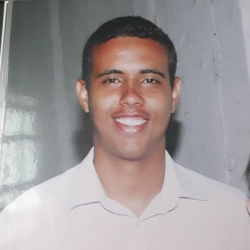