In a phone interview with USA Today, Tim Tebow expressed an ongoing desire to make it to the MLB Big Show, and Tim is making the most of his opportunity with the New York Mets in Spring Training in Port St. Lucie, FL.

It's easy to admire Tebow's heart and goals, even if you think his chances are about as long as a hot summer day in August. Let's be honest - if Tim couldn't make it in the NFL, does he have much of a shot at the professional level of a game much more difficult to master?

In the minors, Tebow's best showing so far was his 2018 season with the Double-A Binghamton Rumble Ponies (Binghamton, NY). He hit a slash line of  .273/.336/.399 that season with a .734 OPS. He also struck out 103 times in 271 at-bats, and hit just 6 homers and 36 RBI. It was a respectable performance on the AA level, but not the kind of consistent performance the Mets hope to see from the 2007 Heisman Trophy winner.

In fairness to Tim, he has struggled with a few injuries that have hampered his full potential. He suffered a break of the hamate bone in his right hand in 2018 that shortened that strong season, and suffered a serious cut to his pinkie last year that shortened his season. Still, Tebow's progress hasn't been stellar, and at 32 years of age, how much time does he have?

Tebow told USA Today that for him, it's not so much about whether he can make it in Major League Baseball, but more a question of knowing he gave it everything while he had the chance.

I never said I'd make it or succeed, but I won't give up on this easy. What I'm doing is focusing on things I can control so I can look back and have no regrets. Succeeding isn't really a choice. But fighting, scratching, clawing and believing, those are choices.

There have been moments in Tebow's minor league efforts that sparked that enthusiasm to keep swinging away at a Big League career.

Baseball is something that means a lot to me.. It's a hard game that I picked up after 12 years of not playing it (seriously). I've definitely gone through lows with injuries to both hands, and gone through some slumps. But then I've also had my highs – hitting home runs and getting hot in the Double-A All-Star game.

So far, Tebow has shown that drive physically as well as mentally. Though a small sample size, through five games and six At-bats, Tim's average may only be .167, but his OBP is .444, his SLG is .667 and his OPS is a nice 1.111. While Tim has struck out three times in those six AB's, he's also walked three times and appears to be seeing the ball better. Tim has even hit one homer. With such a small sample size, you can't put much weight in those numbers, yet, but Tim is showing promise.

As reported by Mike Puma of the New York Post, Tim feels good about how he is seeing the ball and how his patience has improved at the plate.

“I feel like I am seeing the ball pretty well besides my first at-bat of the spring when I was super-aggressive. After that I feel like I have been seeing it, three walks, so trying to see more pitches and the home run today, really had a chance to work that count and try to see some too. I am just trying to improve a little bit every day.”

According to Puma, Manager Luis Rojas was high on Tebow's progress.

"We had this talk when we got back to the complex [Monday] from West Palm Beach and he had a fly out to left-center field and I thought he was a little bit less late. I am trying to get him as many at-bats as we can in the spring, also time in left field and he’s looked good. He’s been developing since I saw him in 2018, so he’s a hard worker and things are going to pay off for him.”

Tebow is showing enough promise that he'll be playing for the Philippines in the World Baseball Classic qualifiers next month. Why the Philippines? Tim's parents were missionaries and lived in the country when Tim was born in 1987. Tebow and family moved back to the United States when Tim was just three years old.

The Philippines are one of four countries who would love to win a spot in the 2021 World Baseball Classic. They tried to qualify and failed in both 2013 and 2017. They will play the Czech Republic in a qualifier on Friday, March 20th in Arizona. According to MLB.com, the WBC Qualifiers are from March 12th through 17th (Pool 1), and again from the 20th through the 25th (Pool 2). The Philippines will be playing in the 2nd Pool.

Getting a chance to ply your skills in the WBC is a great honor, and I hope Tim Tebow somehow manages to succeed where other great athletes have failed. I'm still baffled, to this day, that Tim couldn't find a place in the NFL, and I know how much tougher it is to make it in professional baseball. Still, I hope he realizes his dream. 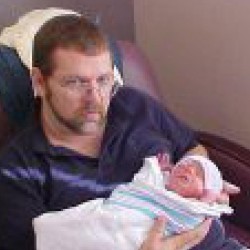