Baseball. America’s Pastime. Traditionally, the sport kicks off the last weekend in March, but due to COVID-19, the regular season never started. However, players could return to the diamond just in time for Independence Day. According to the Associated Press, owners have made a proposal to the MLB players’ union that could see a July start, without fans in attendance.

“Owners want players to get a 50-50 split of revenues during the regular season and postseason. Such a revenue split would be new for baseball and could complicate negotiations,” the report said.

Each team would play a condensed 82 regular game season consisting of mainly divisional opponents and interleague games between regional opponents. For example, the AL East versus NL East, and AL West versus NL West. The proposal would also see the wildcard berths doubled to four allowing for a total of 14 teams to make the postseason.

If approved, the next question would be where the games will be held. Arizona Governor Doug Ducey and Florida Governor Ron DeSantis have officially said that both of their states would be offered for any Major League Baseball or professional sports team that can’t play in their own ballparks due to COVID-19 restrictions.

Both locales are the hubs of Spring Training with Arizona hosting the Cactus League and Florida the Grapefruit League. Although the idea of competing at each teams’ respective spring venue was initially floated around it is believed that the games would be contested in major league ballparks. 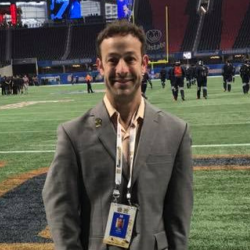 How to Watch Live Denmark vs. Finland at Euro 2020 with fuboTV